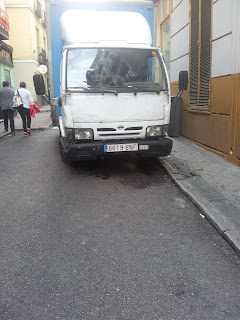 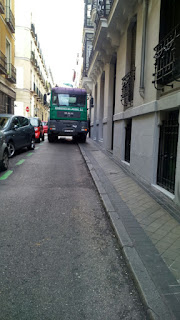 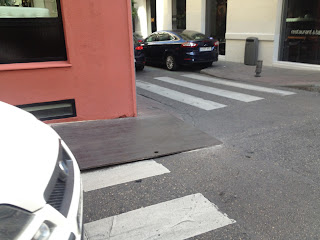 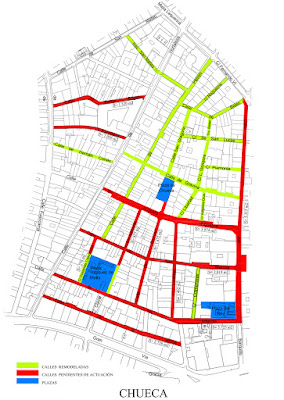 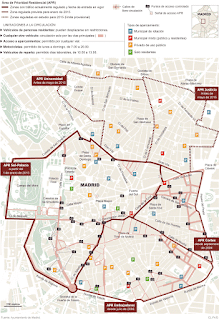 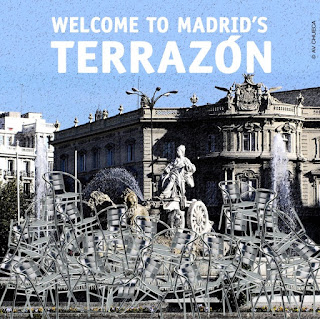 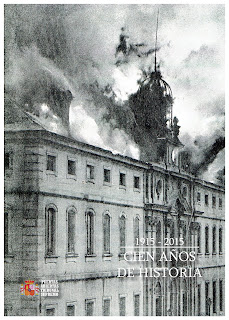 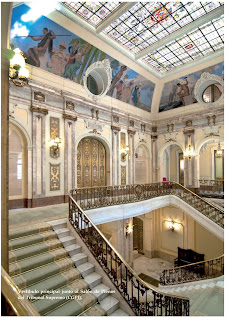 Taking the piss? Madrid slammed for lack of loos (at www.thelocal.es)

The Spanish capital is home to well over three million people, yet only has 25 public toilets, forcing people to relieve themselves all over the city's streets.

Ever wandered around Madrid’s streets on an evening and been greeted with an unpleasant whiff of urine?
That could be down to the fact that the Spanish capital has only 25 public toilets to serve a permanent population of over three million and around 10 million visitors a year.
There are four permanent toilets in Retiro Park that open until 9pm and a mere 25 mobile bathroom cabins that people can use for 10 cents.
Demand far outstrips supply; when the bars and clubs close, the wave of people filtering out onto the street means that most - usually men - end up relieving themselves against walls and in street corners, lending the city an unsavoury stench in the early hours.
Esteban Benito, president of the Residents Association of Chueca, one of the busiest neighbourhoods of central Madrid said that the issue of the city’s lack of toilets needs to be tackled urgently.
"We completely condemn the hygiene situation in Madrid," he told The Local.
"One key element of the problem is urinating in public. We are talking about an absolute crisis of civility on the part of a huge number of citizens who decide to urinate in the street," he said.
"It appears that in the majority of cases, people just have no manners and can’t be bothered finding an alternative place to go to the toilet, which brings us to the issue of public toilets, which are notable by their absence in Madrid, especially in Chueca, where we have none."
Benito believes it is up to the city’s council to sort out the situation:
"The council needs to find solutions urgently to the general hygiene and cleanliness problem in the city and in particular to the problem of people urinating in the street.
"We know it’s complicated but they need to do so with no more hesitation.
"It is also surprising that neither the current nor previous council have applied the municipal by-laws," he added.
Urinating in the street is a public offence in Spain; article 14 of the public hygiene by-law states that:
"For its particular impact on the atmosphere and hygiene of the city, it is prohibited to spit or relieve yourself in a public space."
People caught urinating in public could face fines of between €751 ($832)  and €1500 but local police confirmed to El País that such sanctions are rarely imposed.
Madrid is seriously lacking in the public toilet department compared to some of its European counterparts. 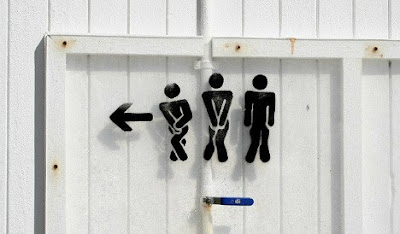 Parisians can make use of 400 permanent public toilets, all with disabled access and a special cleaning system that cleans the toilet after each use, making sure the loo is spotless for each new user.
Madrid's 25 toilets are cylindrical and automatic: you can only enter upon putting 10 cents in its slot. One perk of being a bus driver in Madrid is that you get a special card which allows you free access to the city’s public toilets - you just have to hope you are near one of the scarce lavatories when nature calls.
While bus drivers get free use of the city’s facilities, taxi drivers do not, and have petitioned the city council to install toilets in certain central areas close to taxi ranks.
Another area where public loos are non-existent is in the metro; there are only staff toilets and none available to the public.
For tourists visiting Madrid, commenters on the popular travel forum TripAdvisor suggest going into a bar if nature calls, ordering a coffee and using their facilities.
For those who do not fancy a drink or have no money, TripAdvisor user greeters2014 says: "the cleanest are in museums, art galleries and public libraries".
by avchueca en 10:01 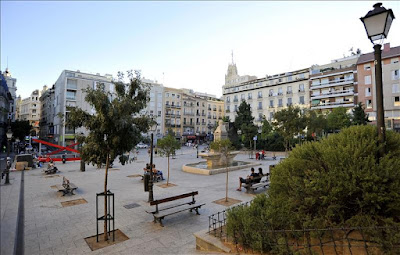 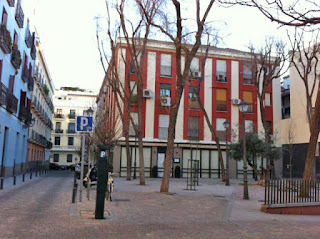 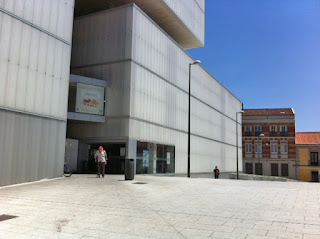 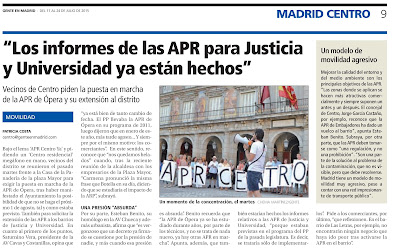 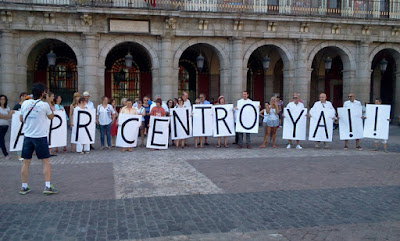 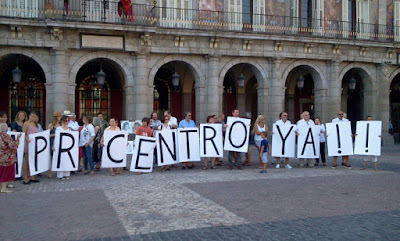 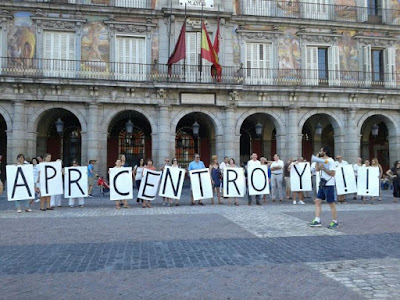 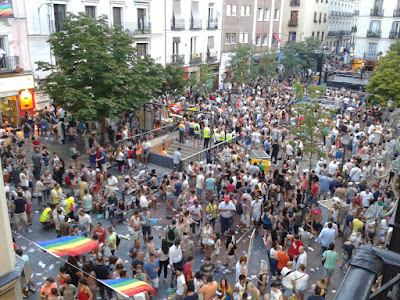 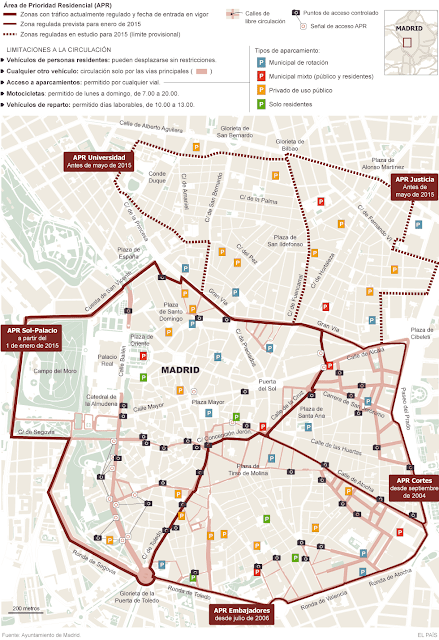 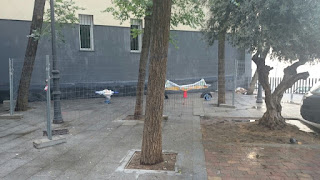 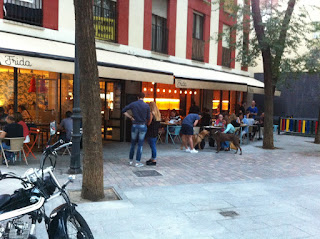 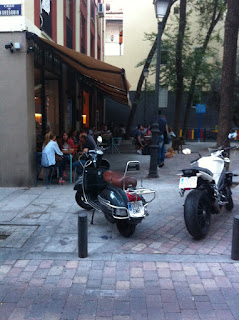 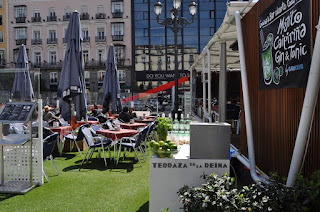